What You Need to Know About Probate and Divorce 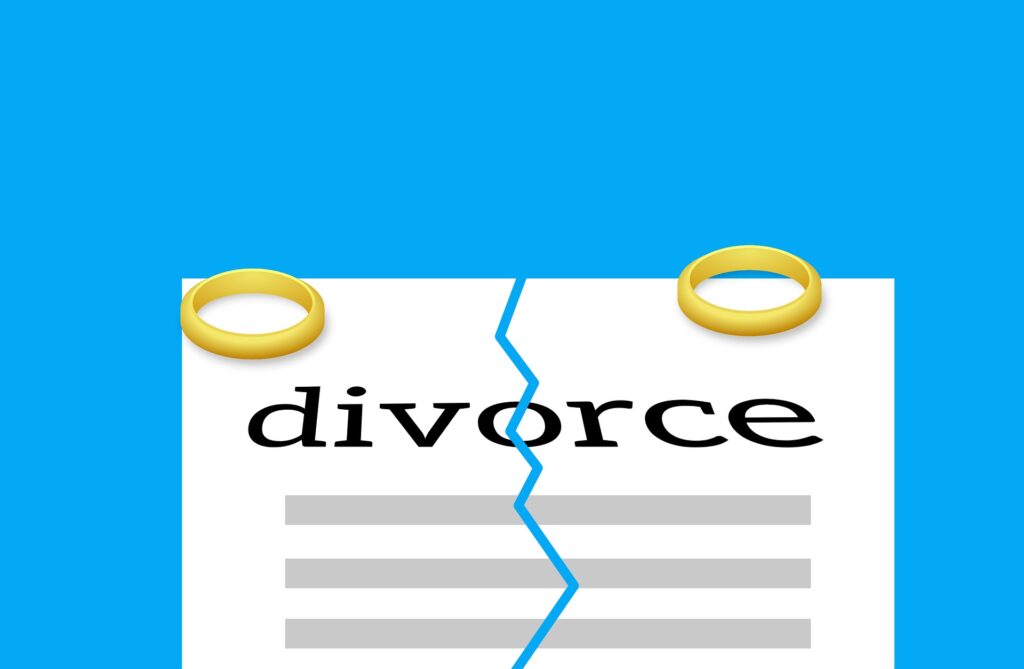 Probate is defined as the process in which a deceased property, including his or her real estate assets and cars, etc., are distributed to the proper beneficiaries according to the probate code of the respective state.

Probate proceedings typically involve locating the Will of the former and authenticating it. Then any debts or unpaid bills are sought out, and the ‘interested parties, which usually include the deceased’s close relatives and business partners, are informed, and the probate begins!

Probate is also required if the deceased did not have a will. In such a case, following the probate laws, which are different for each state, the deceased property is distributed usually to the ‘next of the kin.’

Divorce is defined as the dissolution of a marriage between two partners by some legal authorities. If the couple had kids, the custody of the kids is decided by the court according to the child’s best interest.

An extensive procedure is followed, after which three outcomes are possible: either the mother gets full custody or the father, but most often, both parents get joined custody.

5 Things You Should Know About Probate and Divorce

1. How Divorce Affects a Will

A common misconception among most united states citizens is that a divorce will automatically revoke the Will, but that is not the case. One should be well aware of this to avoid some severe estate damage that they are not expecting.

Dealing with probate with divorce requires a lawyer who is well versed in both family law and probate proceedings. If someone wrote a will, and then they got divorced, or they are planning to get a divorce, rewriting their Will should be their top priority

In most states, if someone gets divorced after making a Will, any gifts that the Will makes to the former spouse are automatically revoked.  For example, California law (Probate Code § 6122) states that:

“Unless the will expressly provide otherwise, if after executing a will the testator’s marriage is dissolved or annulled, the dissolution or annulment revokes … any disposition or appointment of property made by the will to the former spouse.”

However, if an alternate beneficiary named is somehow related to the previous partner, for example, if they are his or her son or daughter, this is also canceled. Now, the laws in most of the U’S states to pass the interference to ‘residuary beneficiary.”

If no such beneficiary is mentioned in the Will, all the deceased’s assets are passed onto the closest surviving relatives.

If an individual’s Will does not specify what happens if their former spouse passes away, which is how it is treated once you get divorced, once you die, it will be treated as a case of intestacy, and that can lead to some serious disastrous effect on your estate.

So, it is crucial that you renew your Will if you are planning to get a divorce or have already gotten a divorce.

2. Why You Should Get a new Will After a Divorce

Let’s say you have a last will in which you name your former spouse as the owner of some of your property.

As mentioned above, once you get a divorce, they are treated as dead, and ultimately, the right to inheritance is lost; if you don’t renew your Will, then your property would be distributed according to the state law and not according to your wishes. This could jeopardize any inheritance you’ve planned for the rest of your family and mean that new partners or dependents aren’t provided for.

Renewing your Will ensures that your inheritance is not treated as a case of intestacy after your death. That will ultimately save a lot of money that would have otherwise been spent from your assets to pay for the probate court and the lawyer appointed.

3. Does Your Former Spouse Have Any Claim to Your Inheritance?

This depends upon how your divorce happened and what its terms were. Another factor that it depends upon is any financial statements being involved.

If you’re financially maintaining your ex-partner after you’ve divorced (i.e., if you pay them maintenance) and don’t include them in your Will, they could claim under the Inheritance Act.

4. How to Make Sure that Your Children From the Former Spouse Still Get Inheritance After Your Death

The answer to this lies in one single statement, and that is, KEEP YOUR WILL UP TO DATE!

Let’s say you got a divorce and renewing your Will slips out of your mind. Now, what will happen?

According to the law in most US states, in such a scenario, your inheritance will directly pass onto your stepchildren or any real children that you have from the current marriage. Your kids from the previous marriage will not get anything, and their future will not be secured.

5. What to Do If You are Still Married But Separated

Remember, you can leave your assets to anyone you wish, as far as you have a will. It doesn’t matter if you are married or separated; make a will and mention whoever you want to as a beneficiary.

BUT, in case that you don’t have a will and you’re just separated, your spouse could claim your estate under the Inheritance Act.

In conclusion, to avoid any blunders in your estate, one must keep their Will up to date, especially if they are planning to get a divorce or already got one.

Listing vs Selling To Us

Which route is quicker?
Puts more cash in your pocket?
Involves less hassle?